Luke Fedlam, ’13, among legal leaders in new world of Name, Image and Likeness for student athletes 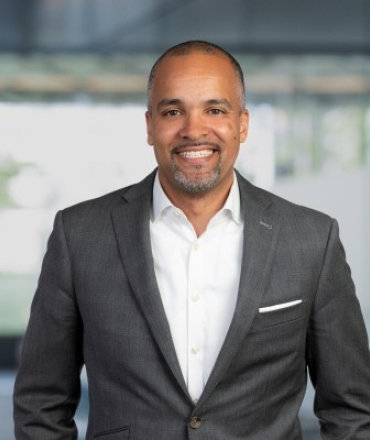 In the summer of 2021, major name, image, and likeness (NIL) legislation was passed across the country, allowing collegiate athletes the opportunity to receive compensation based on their athletic identity. While the legislation and practice of NIL are still in their infancy, Ohio State Law alumnus, Luke Fedlam, is becoming a resource for athletes across the country within the NIL industry.

“It is the biggest change to the college sports landscape in 70 years,” Fedlam said. After graduating from Wake Forest University in 2001, Fedlam worked for an investment firm in Philadelphia, Pennsylvania, before working at a sports management startup in Miami, Florida. It was his experience there and in the National Guard that motivated him to attend law school, almost a decade after completing his undergraduate degree.

“I felt like a lot of times, athletes didn’t understand the lawyers and the lawyers didn’t understand the complexities of being an athlete,” Fedlam, who ran cross country and track during his freshman year at Wake Forest University, said. “I often found myself translating between the two groups, and so while I was on active duty in the National Guard in 2009, I decided I wanted to go to law school.”

Just two years after graduating from law school, Fedlam founded his own company, the Anomaly Sports Group in 2015, which aims to “protect and educate athletes at all levels beyond their sport.” Despite working for Scotts Miracle-Gro at the time, Fedlam said he was still being asked to engage and speak with student athletes from several schools, including Ohio State, about life skills and professional development.

“During that time, it was very much a side job. However, I started getting to the point where I really enjoyed that work and I missed the firm experience of working with individual athletes and trying to protect them,” he said. “Ultimately, I went through my own decision-making process, sought out counsel, and landed on coming to Porter Wright in 2017.”

Since joining Porter Wright, Fedlam has led the firm’s sports law practice group. He has been a featured speaker at numerous collegiate athletic programs, including Texas Tech University, George Washington University, and Wake Forest while becoming a regular at Ohio State. He also recently spoke at the National Association of Basketball Coaches in New Orleans during the Final Four weekend.

Now entrenched in Columbus and the NIL world, Fedlam’s Anomaly Sports Group has recently engaged with the Ohio State Department of Athletics as part of Ohio State’s “THE Platform,” which is meant to help student athletes capitalize on their name, image, and likeness.

“Anomaly will prepare student athletes for success amidst the challenges and responsibilities of maximizing their full NIL potential,” according to a press release from The Ohio State Department of Athletics in June 2021. “Led by Luke Fedlam, a non-agent sports attorney, Anomaly’s NIL protective education curriculum, in partnership with TeamAltemus, will focus on intellectual property protections and business-level decision-making, due diligence, financial management and contract analysis for both marketing and entrepreneurship opportunities.”

Fedlam said that working with Ohio State student athletes has been a rewarding experience, adding that Ohio State Senior Vice President & Wolfe Foundation Endowed Athletic Director Gene Smith has been a personal mentor to him throughout the process.

“We have the opportunity to train student athletes on how to look at NIL as what it is, a business opportunity. But with a business opportunity, comes business responsibility,” he said. “So, what we provide are conversations and guidance around taxes, money, contracts, agents, and due diligence with opportunities that are presented to them. Doing that work, and knowing I am able to give back to Ohio State in that way has been great.”

While NIL is growing at an exponential rate across the country, Fedlam said there is still room for growth. For a variety of reasons, Fedlam said wide-ranging legislation on NIL is not likely to come anytime soon, leaving the door open for some student athletes to get involved, even at the high school level.

“Anomaly started in the college space, and we have done work with professional teams, and that is great and will continue to grow. Now at the high school level, we are starting to see high school athletic associations or state legislatures approve NIL for high school student-athletes,” Fedlam said. “So, our education and resources that we provide ranges from the professional level, all the way down to high school and not just with the athletes, but with parents, coaches and administrators as well.”

With NIL approaching its first anniversary, Fedlam said there are plenty of opportunities for lawyers and aspiring lawyers to get into the industry. However, he added that to be successful, one not only has to be an excellent lawyer, but a student of the industry itself as it continues to evolve.

“The best advice I can give is to study, but I don’t just mean your books. Study the industry. College sports is going through the most significant period of change in history. You have NIL, transfer portal changes, sports betting, and eSports,” he said. “There are massive shifts in what the business of sports, specifically college sports, looks like. If you want to be in sports law, understand the business and legal impact of some of these changes.

“I think what we have seen so far is just the beginning.”